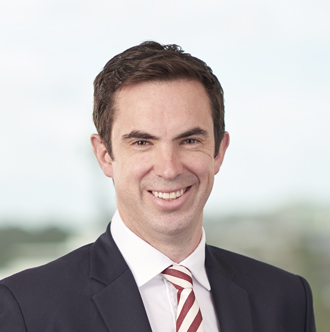 John is an Investment Director for Milford’s Funds and co-manages the Milford Private Equity Fund II. Prior to joining Milford in 2016, John spent four years at Fletcher Building, latterly managing the Firth Masonry, Dricon, and CSP Pacific businesses operating in the concrete and roading technology sectors. This followed stints in strategy and corporate finance at Fletcher Building and prior to that Air New Zealand. The first decade of John’s experience was in principal equity investment and investment banking for Societe Generale and Macquarie Bank (in Sydney and London) working across a range of industry sectors. John holds an LLB (Hons), BA and BCom from the University of Otago and an MBA from Oxford University.

There has been much talk since the formation of the present government in October 2017, of declining levels of business confidence in New Zealand.

The most widely quoted measure of business confidence in New Zealand is the ANZ New Zealand Business Outlook, published monthly. This survey samples 300-400 respondents each month, and provides two key outputs: 1) businesses’ expectations of general business conditions in 12 months time  – a “business confidence index”; and 2) businesses’ expectations of their own activity in 12 months time. Both are reported as a net score of the proportion of those answering “increased” less those answering “decreased”.

Both confidence measures have been falling in the past two years, leading to media speculation as to whether an economic slowdown is coming in New Zealand, and whether more trouble could be in the outlook in terms of a recession.

At Milford, we have insight into a wide range of businesses working across most sectors of the New Zealand economy. And we are already seeing the signs of a broad slowing in the rate of activity growth.

However, our insights into companies in key cyclical sectors of the NZ economy suggest that demand and activity is still healthy and a slowdown could well be a gradual one, with levels of economic activity still remaining mostly healthy. In particular, we have recently been seeing:

On the positive side, unemployment remains low, our exchange rate has eased helping exporters, and recent interest rates cuts can provide a cushion (how effective they will be is an open question).

The correlation between the “own activity” survey response and the GDP outcome looks better. Which is logical given that survey respondents will most accurately be able to forecast their own business which they know intimately.

However, the historic record above shows that there have been a number of periods where “own activity” survey expectations have departed meaningfully from the actual GDP outcomes. And this has happened under governments of both the “right” and the “left”. In particular, in:

Clearly, this survey metric is an imperfect indicator which can for quite extended periods depart from the achieved level of output growth (as measured by GDP growth).

Nonetheless, it is the case that there are genuine cost pressures coming to bear on many businesses in NZ, and the ability of businesses to pass on price increases appears limited in many cases, whether due to increased competition or due to softening demand.

Our soundings of the business leaders we work with suggest that there is a cautious attitude being taken, in particular given possible negative impacts from offshore in terms of either trade war fallout, the chance of recession in major world economics, or any major weakness in Chinese consumers’ demand as NZ is highly leveraged nowadays to Chinese demand for our products.

This caution is warranted, but a painful downturn is far from a fait accompli, in spite of what might be said about business confidence in media headlines.