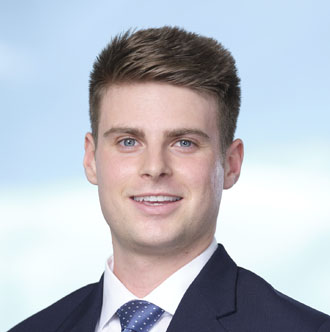 Nick joined Milford in April 2020 as an Associate in the Private Wealth team. Following his time in Private Wealth, Nick moved to the Investment Team as a Sustainable Investment Analyst in the Auckland office.

His role is to facilitate the pricing of sustainability risk and identification of sustainability opportunities, while engaging effectively with the companies we invest in to drive more sustainable outcomes. Prior to joining Milford, Nick was a graduate at the Bank of New Zealand based in the Auckland office.

Nick graduated from the University of Otago in 2019 with a Bachelor of Commerce, double majoring in Finance & Accounting. He is now working towards gaining the CFA charter.

Electric vehicle (EV) sales are accelerating at a rapid pace and a common question from investors is whether buying an EV today, instead of a conventional petrol fuelled vehicle, truly reduces emissions. The crux of this question is determining whether the additional emissions from producing an EV and generating the electricity to run it, outweigh the positive impact of eliminating fossil fuels. Manufacturing an EV is estimated to be approximately 1.5x as carbon intensive as a comparable fossil fuel vehicle. The key difference is attributable to the emissions from manufacturing the battery itself, including those associated with mining and processing the raw materials. However, as shown in the graph below, the operational efficiencies do offset the additional emissions as the use of electricity as a fuel has lower emissions over the lifetime of the vehicle.

There are two key determinants of the time it takes for an electric vehicle to reach carbon parity with a conventional vehicle. The first is dependent on how the electricity in the grid is produced. The significant electricity requirements for both the battery production process and the charging of the battery mean that the carbon emissions will be higher for EVs built and driven in countries that use fossil fuels to generate electricity. However, as demonstrated in the graph above, even in countries such as China there are already emission reductions over the lifetime of an EV. This is despite their total energy consumption having been derived from approximately 55% coal in 2021 (www.eia.gov). These lifecycle emissions will continue to improve as clean energy increases as a proportion of the global energy system.

The second determinant revolves around the production of the battery itself, where emissions come from both the mining and processing of key raw materials such as lithium, cobalt and nickel. The emissions in this space are hard to abate and battery recycling is the key to reducing these over the long term. Battery recycling involves recovering the key materials from both dead batteries and battery scrap left over in the production process. By recycling these materials, it creates a circular economy whereby further batteries can then be produced without the need for mining activity.

The major hurdle for battery recycling is scale. It is estimated that there will a shortage of dead batteries and scrap globally until the mid-2030’s, making the economic viability for recycling difficult. Research estimates that it could take 15 years or more for old batteries to eventually arrive at recycling plants, and in some cases as long as 25 years (Source: Bloomberg). There is significant resource going into battery recycling currently and it will be an important technology in order to unlock meaningful decarbonisation in the transportation sector.

It’s clear that even today EV’s significantly reduce the lifecycle emissions of the transportation sector and as electricity production continues to become greener globally, these reductions will increase. The key area of innovation to watch will be battery recycling. While the lack of available batteries to recycle mean it’s a chicken and egg situation where further emission reductions rely on battery recycling and battery recycling relies on EV’s being used now, your current EV can contribute to further development of this transformational technology.