Back to previous page
Investor Centre / Have we seen the bottom of the Australian economy?
Global Markets

Have we seen the bottom of the Australian economy? 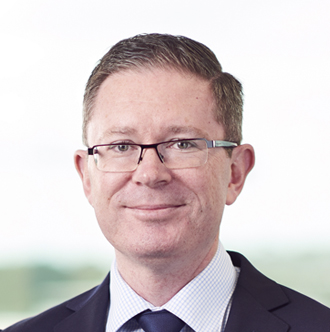 On the 4th of September, the official figures for Australia’s GDP were released showing a rise of 0.5% in the June quarter. This resulted in the year ended growth slowing to 1.4%, the slowest pace of growth since the GFC.

Households are not consuming as much as they have in the past. Investment actually fell. Government spending was solid while exports were strong mostly due to high iron ore prices. The chart below shows the GDP as the black line and the bars show the breakdown between the private sector (households and investment), the public sector and the impact of net exports.

These statistics were not a huge surprise given the lacklustre performance of the Australian economy over the past few years. The lack of wage growth, rotating Prime Ministers plus a falling housing market have all contributed to mediocre performance.

So, while this doesn’t sound good, recent developments are showing some signs of improvement. The surprise re-election of the Government in May could see some political stability which has been unusual in Canberra for many years. Source: CoreLogic, ANZ ResearchPart of the recovery is due to the removal of the threat of the ALP’s proposed negative gearing changes. Perhaps more importantly, the Reserve Bank of Australia (RBA) has cut rates twice in recent months to the low rate of 1.00% with many expecting further cuts to come. The RBA is keeping a close eye on house prices because if they rally too much, this will make those expected rate cuts less likely.

There are mixed signals on the ability to get finance for a loan from the banks given last year’s Royal Commission into the sector. Whilst the Commission’s final recommendations on the banks was not severe, the reputational damage to the banks was. This led to the banks making it harder for lenders to obtain finance to purchase things like a house. Yet, there are now signs that banks are lending more freely due in part to their regulator reducing restrictions in May.

Consumers – Still Subdued or Bouncing Back?

Consumers have been subdued despite solid employment numbers. This is not unique to Australia with low wage growth and lower job security contributing to this. Australians have very high levels of household debt with many “maxed out”. So, lower interest rates and recent tax rebates for low to middle income workers should help. The full impact is unknown with once again, mixed signals. Commentary from companies during the August reporting season revealed some improvement in the last month but it remains early days.

If the improvement can be sustained, we should see retail sales and other consumer focussed indicators bounce first rather than things like building approvals. The Government is very determined to deliver a budget surplus for political reasons. The double surplus (trade and budget) is in reach and it wants everyone to know! In fact, Australia achieved its first current account surplus since 1975 last quarter. Last week the Treasurer asked business to reduce dividends and invest more.

Milford has been defensively placed in our Australian investments which has so far been the right call in 2019. We already own a few names that can benefit from a recovery like Qantas and mortgage broker AFG. Yet, with these recent developments and given the information we learnt during our many meetings with corporates over reporting season, we are now analysing whether there are other companies to invest in to get more exposure to an improvement.

Previous Most KiwiSavers are short-changing their retirement

Next Why is a growing NZ capital market important?