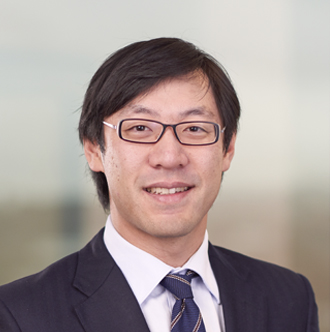 What crosses your mind when you hear ‘monopoly’? The word can stir a range of associations from money and super profits, to the board game – the guy with the moustache. Then, perhaps less spontaneously, notions such as control, domination, anti-competition and price gouging, come to mind.

Suffice to say, feelings on this subject depend on perspective.

In business, there is an appeal to being a sole supplier or at least to eliminate competition. When an industry has only a few players, the incumbents may choose to limit the supply of product to inflate prices. Having a monopoly or a cartel dictate terms is typically bad for the consumer but good for the supplier (think the markets for crude oil, diamonds, regional flights?). Fortunately for consumers, regulators step in to set returns for essential services, such as electricity, water and infrastructure. As well as being the gatekeeper on approving business mergers and acquisitions that could reduce competition.

Monopolies in the internet age

However, the internet age has led to a new breed of large, dominant, infrastructure-like companies.

One example is Google, the dominant internet search engine in the West. Google does not charge users for entering queries in its search box; it is free to use. Google makes money by directing demand (purchase intention given in the form of search keywords as understood by its algorithm) towards relevant suppliers (the advertisers). Unlike the traditional monopoly model, here there is no physical supply to corner. Furthermore, the price that Google charges advertisers is set by an auction system, giving it the appearance of being market driven.

Also, internet users have choice in search engines, such as Bing, Yahoo, Baidu, Ask and Yandex, which are easily available with a few clicks. Unlike the ‘bad’ monopolies where the consumer has no alternative, Google’s dominance is driven by user preference and habit, which stems from the quality of search results and overall user experience. Lastly, Google learns from past searches, meaning its results get smarter over time and in turn attract more users. The difference between the new age monopolies and the old is both functional and emotional.

These user preference-driven dominant companies are interesting propositions because of their path towards aggregating more users and demand, extending their dominance. As for mentality, most users trust and actively choose their services as opposed to feeling trapped by their market power. A counter example is, perhaps, Microsoft which regularly puts out ‘new’ versions of Windows and Office that charge higher prices while forcing users to adapt to new layouts.

If there is a chink in the armour it is regulation. Google’s parent, Alphabet, was fined NZ$4bn by the European Commission in June for abusing its dominant position in search by promoting its comparison shopping services, an ancillary business. But even here the issue relates to conduct of dominant companies when entering adjacent businesses, and not its core search advertising per se. Also, the fine was small in relation to the company’s net profit of NZ$29bn over the last year alone and cash position of NZ$125bn not quite ‘get out of jail free’ but more like ‘do not pass Go’.

Ultimately, users will decide on where to go and who to use. As fund managers, we are keeping one eye on regulation and another on your money.

Next Fletcher Building in need of major renovation