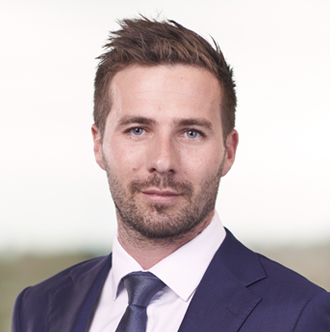 For the past few years Australian investors have been frustrated by the deferral of a long-anticipated Government led infrastructure boom.  Planning and consenting delays combined with tight Government budgets have meant that this “wave” of infrastructure expenditure has been continually pushed out.  But a significant improvement in the NSW Government’s finances should see this wave finally hit.

In 2016 the NSW Government reported a surplus of $4.6 billion and is expected to report an annual surplus out to 20201.  About 40% of the NSW Government’s revenue comes from taxation, and in 2016, close to 50% of this taxation came from property stamp duty (tax on sale of property) and land tax.  The property stamp and land taxes are based on the value of the property, so with residential home prices in Sydney up 76% from December 2011 to March 20172, the NSW Government has seen a significant increase in revenues.  In 2016 alone, property stamp and land taxes grew 10% adding $1.4 billion to Government revenue.  The healthy budget surplus combined with the proceeds from some asset sales is expected to leave the Government with net cash of $7.8 billion at the end of 2017, the strongest financial position since records began in 1997. So, with a pile of cash and forecasts for a continued budget surplus, where is all this money going to go?  Well the latest budget from the NSW Government stated that over the next four years it will be spending an additional $4.4 billion on school upgrades, $7.7 billion on health infrastructure and a massive $72.7 billion on infrastructure.

Key NSW projects include the WestConnex road link, Sydney Metro rail upgrades and the Pacific Highway upgrade.  The chart below shows that these major NSW projects form a large part of the expected boom in Australian transport infrastructure over the coming years. Of course, some of the projects shown above are likely to be delayed again.  But the strength of the NSW Government finances, and some anecdotal evidence that activity is ramping up, give us some confidence that a significant portion of this work is getting underway.  It is important to appreciate that these projects are large enough to support a high-level of activity for five to ten years, not just a one or two-year blip.

So, who are the listed companies that should benefit from this work?  At the larger end of the market companies like Boral, Lendlease and Cimic are exposed to this.  Boral and Lendlease are diversified businesses with global operations, so it is just the local infrastructure divisions that should see an improvement.  At the smaller end of the market there are a range of engineering, construction and contracting firms that may benefit include RCR Tomlinson, Watpac, Bingo, Cleanaway and Aconex among others.  Milford has investments in a number of these businesses to provide exposure this increase in infrastructure activity.

Previous What are New Zealand’s most popular investments?

Next Reflecting on the heady heights of ’87