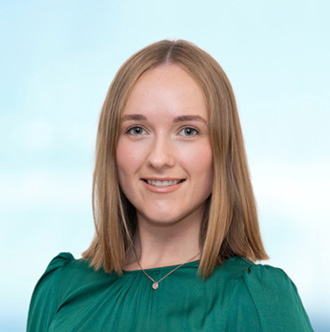 Kate is a Junior Investment Analyst based in our Sydney office, focusing on Australian equities. Her role at Milford is to assist the Australian Equities team with company research and analysis.

Prior to joining Milford in June 2021, Kate worked at QIC in the Global Real Estate team as an Investment Analyst. Kate graduated from the University of Queensland in 2019 with a Bachelor of Advanced Finance and Economics.

A promising new drug therapy for those with Rett Syndrome

In December, Neuren Pharmaceuticals and its partner Acadia Pharmaceuticals announced positive phase 3 clinical trial results for their experimental drug trofinetide in the treatment of Rett syndrome (see below). The results saw the stock price rally 135%.

Milford have owned Neuren Pharmaceuticals since October 2007. More recently we supported capital raisings in June 2020 and September 2021 and
announced our substantial shareholder position in December 2021 with a 5.2% shareholding.

Improving the lives of people with neurodevelopmental disabilities

Neuren researches and develops new drug therapies for rare and debilitating neurodevelopmental disorders that appear in early childhood. Specifically, the diseases Neuren target are characterised by damaged connections and signals between brain cells. Rett syndrome is a severely debilitating disorder that is caused by a genetic mutation of the MECP2 gene. A typical child with Rett syndrome will have severe learning disabilities, respiratory problems, uncontrollable hand movements and seizures. There is currently no approved treatment for Rett syndrome, making the recent clinical trial success a huge moment for sufferers of Rett syndrome and their families. Trofinetide is licensed to Acadia for North America, whereby Neuren is entitled to royalty and milestone payments upon commercialisation. Neuren retain the rights to the rest of the world, and we expect to see a licensing agreement for Europe announced in the next few months. Acadia will be seeking regulatory approval from the FDA in early 2023 so the drug is approved for sale in North America. We believe it is 90 to 95% likely to receive FDA approval given the strength of the phase 3 trial results and the fact that there is no alternative treatment for patients with Rett syndrome.

The possible market size for trofinetide for Rett syndrome in North America is somewhere near US$500m in annual sales with Neuren receiving a 10-15% royalty share. The costs of the drug will be covered by insurance companies meaning families suffering from the disease should have access once the approval is received. The revenue opportunity for the drug outside of North America is expected to be similar in size.

Beyond Rett syndrome treatment, Neuren and Acadia will eventually conduct a phase 3 trial for trofinetide’s treatment of other neurological disorders such as Fragile X Syndrome. Neuren also has earlier phase 2 trials for a second drug to treat other genetic diseases Phelan-McDermid syndrome, Angelman syndrome, Pitt Hopkins syndrome and Prader-Willi syndrome. If successful, the potential market size for this drug is much larger than trofinetide but is in earlier stage trials, so the chance of success is lower. That said, the success of trofinetide is an
encouraging sign for the future of this drug.

After many years owning shares in Neuren we are very proud of their recent success. If trofinetide is approved by the FDA in early 2023, Neuren will be bringing aid to thousands of suffers of Rett Syndrome. However, they are not there yet as the FDA may still deny the drug which would be extremely disappointing for Rett sufferers and would also likely result in the share price falling substantially – so investors must recognise this
risk. But assuming success, we believe Neuren has a long way to go as a business and there should be upside from its pipeline of drug treatments for other genetic diseases.