Back to previous page
Investor Centre / The reach for yield
General

The reach for yield 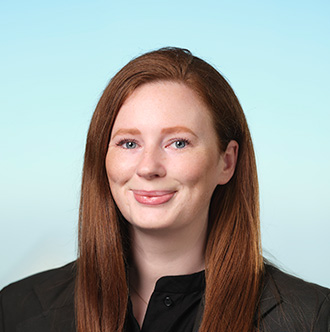 Katlyn joined Milford in September 2015 after relocating to New Zealand from Ireland, initially as a Private Wealth Associate and most recently as an Authorised Financial Adviser. Prior to joining Milford, she was employed by Davy Stockbrokers in Dublin.

The pace at which the Covid-19 crisis escalated sparked fears we were heading into another GFC-style credit crunch. There was an immediate ‘dash for cash’ and corporates globally were drawing on their credit lines to ensure they had enough liquidity to cope with material decreases in revenue. However, policymakers around the world acted at an extraordinary speed to provide an unprecedented level of support.

In terms of fiscal policy, governments worldwide are acting decisively to support individuals and businesses adversely affected by the crisis. Steps taken to date include wage subsidies, tax relief and government guarantees for bank loans to companies to name a few.

Closer to home, we have also seen an extraordinary level of policy support. The Government committed to a total of $62bn for economic support and recovery, which is equivalent to 20% of annual GDP. This sizeable programme requires increased government bond issuance to fund, and government debt is forecast to reach close to 55% of GDP by 2022/23.

The Reserve Bank of New Zealand (RBNZ) responded swiftly with multiple emergency measures. They include cutting the Official Cash Rate (OCR) from 0.75% to 0.25% (and indicating that rates will remain at low levels until early 2021), introducing bank liquidity facilities, and offering banks significant flexibility in terms of capital requirements. Additionally, the RBNZ commenced a quantitative easing (QE) programme (buying government bonds) despite previously indicating that QE was their least preferred policy tool.

The introduction of the QE programme in NZ was crucially important, as in March when government bond yields spiked (price lower) on the back of increased supply expectations. The RBNZ’s purchasing of these bonds helped pull yields lower and the expansion of its programme to include New Zealand Loan Government Agency (NZLGFA) bonds helped corporate bond market liquidity.

QE (which essentially generates new money) alongside the other stimulus has injected an abundance of cash into the financial system. Banks are now holding higher levels of cash on the back of this and are extremely liquid. The record amount of stimulus provided (both monetary and fiscal) has stabilised markets, diminishing volatility and suppressing yields. It has also led to the majority of corporate bonds recovering much, if not all, of their previous underperformance vs government bonds. Reduced yields encourage investors to invest in higher yielding instruments which we believe should provide further benefit to issuers of corporate bonds as investors continue to ‘hunt for yield’.