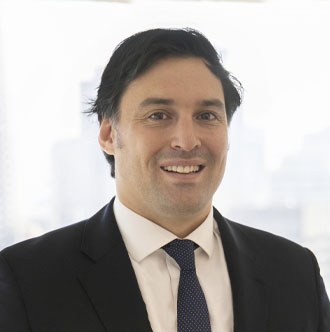 Beijing, do we have a problem? Headlines of homebuyers refusing to pay mortgages are front and centre of global markets this week. Chinese authorities have been holding emergency meetings with banks as a rapidly growing number of homebuyers refuse to pay mortgages for unfinished projects. The problem has been brewing for some time, with some of the causes discussed broadly in a discussion piece here last year. This article will recap on the source of the issues, what’s changed and then try to address the implications for investors.

Background – Historically China has relied heavily on investment in property and infrastructure to drive its economy, with both having a strong multiplier effect for economic activity. Every year China builds nearly 15 million new homes and the property sector accounts for roughly 30% of GDP compared to 6% in the United States. This has driven significant and consistent demand for materials like steel, copper and cement. The rapid growth in property, and property values has also helped build household wealth supporting additional consumption and economic growth. But it also added significant borrowings and risk into the financial system, with growing wealth inequality. Cities like Shenzhen have become more expensive than London!

What’s changed? China has been attempting to reposition its economic growth model to a more sustainable one, moving away from a focus on property to drive better housing affordability. The “three red lines” policy constituted an active decision to manage excessive financial leverage in the property development sector, reducing speculation with the hopes of addressing some of the wealth divide. By targeting financial leverage through tougher lending rules and tighter credit the central government has achieved its policy goals of reducing property speculation and cooling the housing market.

But has it gone too far? As with any economic reform, the full consequences take time to flow through. To date it has forced property prices lower, reduced speculation, and pushed many developers to the brink of bankruptcy. The effects of this tightening are also spilling over into the financial sector given the close links between the financial sector and property. In China, a big driver of property and by extension construction activity has been new buyers, and specifically purchasers buying off the plan. Oftentimes this is fully funded upfront before a development has commenced. This upfront purchase also often involves a mortgage. Given the delays from Covid, the weaker economic activity and policy tightening; property buyers are boycotting interest payments given the large delays to property completions. Owners are screaming foul, preferring to walk away from mortgages than suffer losses on properties and servicing mortgages without the property being delivered.

The knock-on effects of this uncertainty are appearing with new buyers not committing to new developments given the fear of whether the property developer will stay solvent and complete their property. In many respects it is understandable as no-one wants to buy something that will be worth less tomorrow, or that may not get delivered. For developers looking to start new developments, this is having dire consequences for funding with pre-sales drying up and preventing new starts, as shown in the chart below. This has a multitude of consequences both in and outside of China. Implications: For investors these economic challenges create opportunities and risks. Up until the last week, the market was optimistic of previously announced stimulus measures and what these would likely do to support the housing market. However, from our perspective, the last few months have seen a growing disconnect between the prevailing market rhetoric of “stimulus” to support housing, and the counter goals of the central government. Also, hope for stimulus measures did not line up with the more objective data we were seeing like the floor space chart shown above. This was particularly apparent in several commodity related resource exposures with commodity prices staying high despite the weaker forward-looking outlooks. Given this caution we had been lightening up our positions across the funds exposed to Chinese demand.

A slowing Chinese property market will also have some impact on the rest of the world. While it should not drive a global recession by itself, miners, particularly Iron Ore and Copper, will likely see further volatility. Luxury goods companies with significant sales to Chinese consumers may also be impacted in the short-term. Further, European manufacturers that have large sales to China may come under pressure. Overall, this slowed Chinese property market will weigh on global growth. Our base case is not however one where this drags the global economy into recession by itself. We are expecting more policy support in China to prevent wider contagion, however we do not expect direct support that will reinflate or risk reinflating the speculative elements to property in China. In our view, support is more likely to be provided to complete existing projects and working through problematic loans with state support. There is also scope to see further consolidation in the property development space where state owned developers may take over some of the financially leveraged private developers. Alternatively we could see additional capital injected to support a certain level of new starts by state owned developers.

What should investors do? Elements of the current situation in China appear to have parallels with the financial crisis in the US in the mid-2000s. Whilst we have some sympathy with this view, we would argue there are also many levers the central government can use to avoid the full fallout from the weaker housing market. We would also remind investors this is a situation that has been engineered in many respects by the central government. Somewhat perversely, the worse the situation gets near term, the more likely a strong cohesive response comes from the central government. As we have pointed out above, we expect this policy response to be very different to the past and certainly not focused on directly reinflating property speculation and development. The government’s response is far more likely to focus on Infrastructure investment, in particular around technology and renewable energy. So, by extension we remain cautious on exposures to Chinese property in the short to medium term until conditions have stabilised. We therefore continue to look for alternative opportunities that are more exposed to the other elements of policy support such as investment in the transition to decarbonised energy.