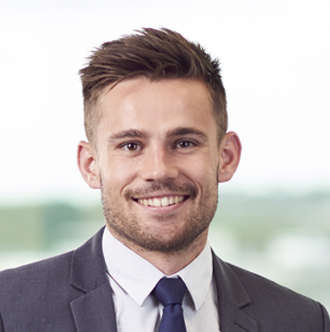 Every now and again a term comes along that defines a type of technology that grips everyone’s imagination. Unfortunately, rarely do these technologies live up to the hyped expectations at peak euphoria, with many falling and staying in what Gartner refers to as the trough of disillusionment. The Metaverse is the latest term doing the rounds with google searches recently reaching all-time highs. So what is the Metaverse?

The term was coined by Science Fiction Author Neal Stephenson in his 1992 book “Snow Crash” and it loosely refers to a digital universe that either replicates, replaces or enhances our physical reality. This may sound like the matrix, however, theoretically every online multiplayer game is part of the metaverse – an example of this is World of Warcraft which became hugely popular in the early 2000s peaking at 46million monthly active users. You could even include chat rooms such as MSN messenger as an individual’s first foray into the metaverse given you are socially interacting in a digital environment.

Today the metaverse is largely dominated by gaming and either augmented or virtual reality technology. Simply, augmented reality superimposes a computer-generated image on your view of the real world. An example of this is the hugely popular game Pokémon Go, where you use your camera to find, capture and battle Pokémon in the real world. Virtual Reality on the other hand is a much more immersive experience whereby you generally wear a headset which shows you a completely different world where you use controllers to interact with your digital surroundings. Gaming, much to many parents’ dismay, continues to be an extremely mainstream pastime with an estimated 3billion gamers globally, accounting for approximately 36% of the world’s population. Another way to think about it is that according to a study by Limelight networks, the average gamer spends about 8 hours and 27 minutes per week gaming , which equates to 18 days per year or approximately 4 years of gaming in one lifetime. Now this wouldn’t be for all gamers (e.g. those who play on their phone on the way to work) but it does highlight it is an ingrained part of many peoples lives. What’s also fascinating is that the same report highlights gamers aged between 18-and 35 would rather watch other people play video games online than watch traditional sports. Now there’s selection bias here given they’re only talking to gamers, however what is clear is that gaming is only becoming more mainstream, each generation is gaming more than the last, and engagement with these individuals is extremely high – remember the youth of today are the consumers of tomorrow.

Therefore, it’s safe to say we will continue to see huge investment in this space. Facebook recently changed their name to Meta as they look to align themselves with what they see as a mega trend beyond just gaming. Closer to home, Peter Jackson sold Weta Digital Toolset to American listed Unity for US$1.6b, with the company saying Weta’s tools will allow them to shape the future of the metaverse.

The potential for the metaverse is significant and Forbes provides an interesting example of what the future may look like: “Imagine walking down the street. Suddenly, you think of a product you need. Immediately next to you, a vending machine appears, filled with the product and variations you were thinking of. You stop, pick an item from the vending machine, it’s shipped to your house, and then continue on your way.2

A more bizarre part of today’s metaverse are NFTs or Non Fungible Tokens. These are “unique” digital items a user has control over. It could be anything from a digital photo to a digital piece of art, to a music clip, or even to a digital piece of land. If individuals do spend more time in a virtual environment, then unique digital items will likely be sought after by many, however currently there are some truly bizarre things occurring in the wildly popular NFT sector.

For example, in the NFT digital art space, an artist named Mike Winkelmann, known online as Beeple, sold an NFT of his works for US$69m – this is a digital image of a collage of his art. Prior to this, the most he’d ever sold a print for was for $100. Despite someone owning this, there are thousands of photos on Google Images of this very expensive piece of art, that are essentially the same as the original.

Another crazy example is the rise of Bored Ape Yacht Club, a brand that represents a group of friends who sell digitally generated images of apes. There will only be 10,000 of these apes sold hence, there’s some level of scarcity at least as it relates to these images specifically. Below are the cheapest of these NFTs for sale on OpenSea.io, a website where one can buy and sell a myriad of NFTs. The cheapest of the cheap is currently asking for 50 Ethereum – a digital currency – or US$207,000. So what does this acquisition give you? Well, you have commercial rights to the image so you can use it as your Twitter profile photo if you’d like (which famous basketball player Stephen Curry has done) or you can sell any sort of spin-off based on the art and earn an income (for example a t-shirt with your print on it). The ape also doubles up as your membership card to their chat forums and to a collaborative art project they call THE BATHROOM. Another bizarre example is NBA Top Shots. Here you can buy video clips of some of the greatest moments to occur in the National Basketball Association. According to a TechCrunch article, NBA Top Shot had 1.1million registered users and these users have traded more than $780m in these items. Now I can see all this for free on YouTube anytime I want – I can even download it – however I don’t own that content in the digital world whereas via NBA Top Shot I would.

Outside of the above few examples, how popular are NFTs? The value of all NFTs is estimated at US$14.2b with CryptoPunks (one of the earliest NFTs) and Bored Ape Yacht Club being the two most popular. How the metaverse evolves is extremely hard to determine but its progress is important to monitor as it has the potential over the next few decades to change the way we learn, work, consume content, interact with others, diagnose illness, access information and so on.

It therefore could have investment implications for gaming business like EA, retailers, content creation companies such as Disney, chip manufacturers, such as Nvidia and social media businesses like Meta (previously Facebook) to name just a few.

However, its likely that in the near term expectations around the metaverse will be inflated or the timing of its innovations will be unrealistic. In the meantime, we unfortunately have to live with million dollar basketball video clips, monkeys, and the founder of twitter selling his first tweets for $3m… this happened!

Previous Inflation may be transitory but financial repression persists