What is driving the New Zealand dollar and where to from here? 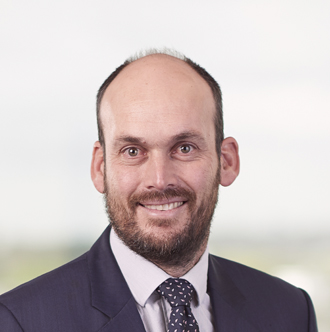 Jonathan is Deputy Chief Investment Officer, Portfolio Manager of the Milford Active Growth Funds (Investment Funds & KiwiSaver) and Co-Manager of the Aggressive Funds (Investment Funds & KiwiSaver). Prior to joining Milford in 2008, Jonathan worked for Gartmore Investment Management in London where he was Portfolio Manager for the Royal Bank of Scotland Pension scheme which had assets in excess of NZ$25 billion. While at Gartmore, Jonathan was also responsible for investment strategy and investments into individual private equity funds and companies across Europe and Asia. Prior to Gartmore, Jonathan worked for BT Funds Management, Frank Russell and the New Zealand Dairy Board (now Fonterra). Jonathan is a CFA Charterholder.

The New Zealand (NZ) dollar fell 18% from 0.6814 United States (US) cents to 0.5574 cents during the first three quarters of 2022. Three major drivers of the value of the NZ dollar are; relative interest rates, risk aversion and the state of NZ’s current account. NZ as a country has a current account deficit which means the value of what we spend in foreign currency on imports, services and borrowings is more than what we earn from exports, tourism and investments. The current account deficit is forecast to be around 4.0% of GDP in 2022 which is relatively large in a global context. A current account deficit means that New Zealand must attract foreign investment to balance our currency accounts. Historically, NZ has achieved this by having higher interest rates than overseas countries – over the last 20 years the NZ two-year government bond has averaged about 2% higher than that in the US. However, since the start of 2022 the NZ two-year has moved from a 1.2% premium to a 0.2% discount to the US. This has been as a result of strong rate rises in the US to help offset sharply rising inflation. The change in spread between NZ and US bond yields means investors are no longer being sufficiently compensated for the higher risk of investing in NZ over the US, which decreases the relative attractiveness of the NZ dollar.

Another driver of the lower NZ dollar has been rising risk aversion as the economic and market outlook has become highly uncertain due to factors such as the Ukraine War and the impact on growth of high inflation and rising interest rates. Higher risk aversion means overseas investors gravitate to the relative preferred security of the US dollar and need a lower NZ dollar to be encouraged to invest in NZ currency.

So where to from here? In terms of interest rates, the relative strength of the US economy and a central bank in that country determined to control inflation is likely to lead to further interest rate hikes. With the majority of US borrowers on long-term fixed rate mortgages, there is a possibility rates will have to rise further than forecast to slow growth and inflation. In NZ, interest rate rises are likely to have a greater and quicker impact on slowing demand than the US due to NZ mortgages being predominately shorter-term, typically 1-2 years. Unfortunately, the fall in the value of the NZ dollar will of itself create inflationary pressures through higher prices on imported goods. This means that the Reserve Bank of NZ may have to raise rates further to combat inflation despite slowing growth / demand. This would be clearly negative for the economy and may further impact investors’ risk appetite and willingness to invest in NZ – potentially creating further pressure on the NZ dollar and the economy. The positive for the NZ dollar is that a lower currency should help improve our current account over the medium-term, by increasing our export earnings while making imports more expensive and reducing their demand. It should also help boost net tourism making New Zealand a relatively cheaper destination.

In conclusion, despite already falling materially over 2022, the NZ dollar remains in a difficult position due to a combination of the strong US economy, high levels of economic uncertainty and our current account deficit. Within Milford’s diversified funds we have a percentage of our offshore investments exposed to offshore currency (unhedged) to provide diversification. As we saw last month, the NZ dollar typically falls (and our unhedged currency exposures rise in value) when share markets fall. Milford actively manages currency exposures to improve investment returns for our investors.

Next Key takeaways from on-the-ground research in the US