What’s your personal data really worth? 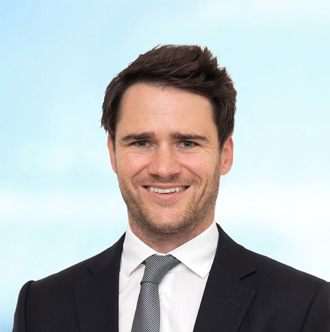 Just last week, a report by the ACCC (Australian Competition and Consumer Commission) was released to very little fanfare. The report followed 12-months of investigation into digital platforms, with a heavy focus on Google and Facebook as the two largest players in the Australian landscape. As we find from time to time, many of these 600+ page reports are initiated to gain political points before finally being used effectively as a serviceable door stopper upon release. However, on this occasion, the report delivered a startling picture about the true commercial reality and social influence these technology behemoths demand.

Included in the report were recommendations aimed at curbing the market power of Google and Facebook. Incredibly, 98% of search traffic from Australian mobile users is through Google, while Facebook has by far the largest user base in Australia with about 17 million users accessing its platform on a monthly basis. So how do these businesses make money given their primary platforms are free?  The answer is rather personal… your data!

The report shed much needed light on the volumes of consumer data harvested and subsequently used for highly targeted advertising. These platforms can offer a close-to-complete picture of users. Key information readily captured includes demographics (age, gender, status, income), activity (browsing history), interests (friends, hobbies), behaviours (device usage, prior purchases) and location (home, work, holidays – they have access to every photo!). While the majority of targeted online advertising is socially appropriate and valuable, unfortunately there have been some recent examples of questionable behaviour. Most notably from a social perspective is the recent targeting and influencing of “persuadable voters” in political campaigns (Brexit) and elections (Trump election).

Below are some fascinating charts from the report. …this aligns to over $5bn of Australian advertising expenditure…

At Milford, we have been nervous on sectors which have felt the full brunt of change from Facebook and Google’s dominance. In Australia for example, the biggest casualty has been traditional media with print assets, companies such as Seven West Media and Nine Entertainment. We remain cognisant that this will by no means be the last major disruption listed companies face and we will continue to analyse the market for opportunities.

Previous A closer look at Port of Napier’s IPO

Next Perceptions of risk