Farewell to an extraordinary, ordinary man 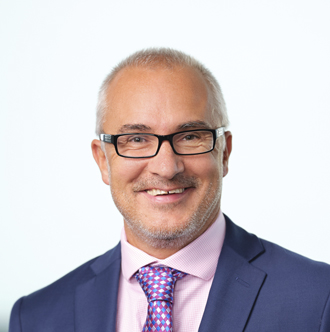 Mark was appointed as Chief Executive Officer in February 2019.

He initially joined Milford in May 2014 as Head of Risk & Compliance. He was appointed Head of Product & Operations in February 2017, with responsibility for building a centre of excellence in operational processes to serve Milford clients. He was also responsible for the design, development and maintenance of investment products and solutions that help clients meet their financial goals and life stage aspirations, as well as responsibility for the development and maintenance of digital platforms that deliver such products and meet client service needs.

Prior to joining Milford, Mark worked as Managing Director at Brook Asset Management, Chief Operating Officer at Macquarie Private Wealth, and at ASB Group Investments where roles included Acting Head of Wealth, Head of Aegis, and GM Finance and Risk Strategy. Prior to arriving in New Zealand, Mark worked as Assistant Director of Operations at Threadneedle Asset Management in the UK.

All of us at Milford were devastated by the unexpected passing of Brian Gaynor in mid-May. Aptly described by New Zealand’s business community as a titan of capital markets, Brian made an enormous impact on the financial services industry in this country.

Brian’s seminal involvement as a co-founder of the firm and his inexorable drive and belief that Milford could and would become a successful fund management business – putting clients at the heart of everything – has unquestionably led to the firm’s achievements to date. Brian’s generosity was instrumental in charting Milford’s course. He was pivotal in imbedding Milford’s foundational philosophies of active management, investing alongside our clients, being able to own shares in the business and clear and transparent client communications , all of which are cornerstones of the firm’s values today. No matter the pace at which the Company has grown, for Brian there was always a need to constantly evolve and develop its offering. His high standards underscored a restless and relentless need for continuous improvement with both his personal moral compass and business acumen determinative in the curation of the Company’s unique culture.

Brian was also central to Milford’s charitable giving from an early stage and with the recent establishment of the Milford Foundation. An incredibly generous individual, he had a clear vision for corporate philanthropy and the effects of positive engagement in our communities.

By reputation, I had known Brian for many years before having the privilege of working with him for the past nine. He was someone to whom I could speak candidly, and I trusted and valued his views. I will miss our regular catchups where we talked not only at length about the markets and Milford, but also media, sport generally and our respective golfing form (or, for me, lack thereof!). Brian was unique in that he could push and challenge you but in a way that motivated you to step up to that challenge. With a photographic memory and the ability to inhale and retain copious quantities of information, he was truly a master of many things.

The description of Brian by his brother, Dermot, “an extraordinary man, who lived his life in an ordinary way” very much touched a chord, but what is striking too, is the alignment of people’s recollections generally, evidenced by the tributes received both publicly and personally from peers, clients, friends and many who had not even met Brian in person. Patrick Smellie of BusinessDesk provided the following salient summation: His standards were as high as his generosity to the people causes and businesses he decided to back.

Being a very humble man, it was never about Brian and from Milford’s inception, he sought to recruit talented people who he believed could take the business further than he thought he could, and that philosophy now puts Milford in a great position to continue his legacy. Brian, I and the Milford team pledge to maintain your passion and drive – and make you proud. You have left a huge chasm and you will be missed immensely.

Next Brian Gaynor – statement from Milford