Stock Story: The a2 Milk Company 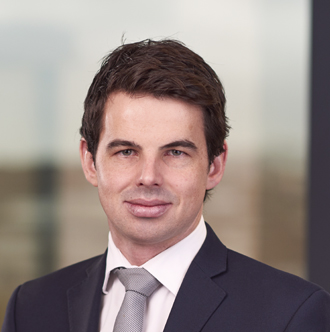 Sam is the Portfolio Manager of the Trans-Tasman Equity Fund and the Milford New Zealand Equities Wholesale Fund. Since joining Milford in 2014, Sam has focused on conducting research analysis across listed New Zealand equities. Sam previously worked for Craigs Investment Partners as an Associate in the Equity Capital Markets team advising on a wide range of equity issuance and was also an Analyst in the Corporate Finance team at PricewaterhouseCoopers. Sam has a Master of Business (Dist) and Bachelor of Commerce majoring in Finance from the University of Otago.

We have a look at the dramatic rise to prominence of The a2 Milk Company, the volatility it has experienced since the onset of Covid-19 and how Milford actively managed its investment in the company.

The a2 Milk Company, or a2, was once a market darling of the NZX. At the end of 2019, the stock was recognised by financial journalists from Bloomberg as the best performing stock of the decade with an astounding return of 16,150%. a2’s share price performance far outstripped other high profile disruptive companies like Netflix which returned 4,000% over the same period.

a2 had been a mainstay within Milford’s NZ equity holdings from 2012 when the share price was below $1. At the time, our investment thesis was based upon the company having a differentiated but largely unproven product and a passionate and highly incentivised management team led by CEO Geoff Babidge.

In 2015, after several years of selling fresh milk in Australia, a2 began to gain traction in the Chinese infant formula market and sales growth accelerated rapidly. a2’s success was built on satisfying the huge demand from the Chinese consumer for dairy products from abroad. In 2020, a2’s revenue peaked at $1.7bn and the market capitalisation reached $15bn with the share price above $20.

a2 initially benefited from the Covid-19 pandemic. At the onset, Chinese mothers stockpiled infant formula to ensure they managed through lockdowns. Management confirmed this to investors in a trading update on 22 April 2020 where it indicated trading performance had been running ahead of expectations due to “changes in consumer purchase behaviour arising from the Covid-19 situation” and “an increase in pantry stocking of our products.”

At the same time, the infant formula market in China was becoming increasingly competitive. Declining Chinese birth rates were reducing the overall market size and domestic-based competitors were becoming better funded and winning an increasing share. The pandemic also caused a behavioural shift within Chinese consumers to buy local across many categories.

Despite the changing end market conditions, a2’s management was, in our view, slow to react. The company continued to target strong revenue growth and continued to push product into its distribution channels. Towards the end of last year several trading updates indicated, a2’s sales growth fell below internal expectations and consequently inventory built up within distributors. As market conditions remained tough, a2’s inventory began to age, placing further pressure on distributors and pricing fell as they tried to clear the aging stock.

Put simply, the rapidly changing market was not addressed by management with an appropriate change in distribution strategy, resulting in a2 having too much inventory last year. It must take drastic measures to fix the problem.

New CEO David Bortolussi has the task of fixing the problem. a2’s trading update this month reinforced the lack of visibility a2 has within its distribution channels. So far Bortolussi has announced a buyback of some of the aging inventory and a review of inventory management.

However, rebuilding a2’s sales momentum is likely to take time, years not months, and may come at a significant cost. The company will likely have to significantly increase marketing spend and payments to distributors to return to growth. a2 may sell $1.7bn of infant formula again but the profitability is likely to be different going forward.

We made the decision to exit the majority of our holding in the stock late last year, however we will continue to monitor the prospects for a2 closely.

Previous a2 Milk: What went wrong and can it be fixed?