Understanding the risks of your term deposit 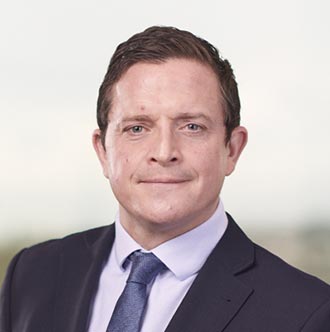 Bank term deposits are a useful retail savings product. However, the risks are somewhat misunderstood. An FMA survey in 2014 found that 75% of New Zealand depositors thought they were guaranteed. In fact, the government ended its temporary retail deposit guarantee scheme in December 2011. Now under the Reserve Bank of New Zealand (RBNZ) Open Bank Resolution (OBR) policy, deposits in a failing bank are subject to the risk of a haircut (i.e. loss of capital). Depositors also have no priority claim relative to other unsecured creditors.

Although we believe a major bank failure is very unlikely, we outline below the key risks term depositors should contemplate.

OBR is the RBNZ’s mechanism to respond to a bank failure. Essentially, the RBNZ view OBR as analogous to an accelerated liquidation of a failed bank. Under OBR the RBNZ would make an initial assessment of the bank’s losses. Shareholders would then take the first loss, followed by subordinated debt holders, but then crucially a portion of depositors’ and other unsecured creditors’ funds would be frozen to bear the remaining estimated losses. Depositors would not be subject to further losses as those funds not frozen would become government guaranteed.

Currently all local banks with retail deposits greater than NZ$ 1 billion are required to be OBR compliant. The RBNZ believe this will reduce pressure for government bank bail-outs and allow a failed bank to reopen, to some extent, the next business day after going into statutory management.

Of course, there may be other eventualities to avoid OBR, including a government bail-out like we saw for finance company depositors, or finding a private sector buyer, but these are unclear given a large bank failure may be part of a wider system malaise.

For more detail on OBR you can go here which includes the following explanatory graphic. Historically New Zealand depositors had been able to break a term deposit early with limited, or no, financial penalty. That is generally no longer the case as the four largest New Zealand banks fall into line with new prudential regulations governing their Australian parents, introduced to enhance the permanence (stickiness) of term deposits. This means depositors now need to give more than 30 days prior notice to break a deposit, unless they can prove financial hardship.

In conclusion bank term deposits are a low risk investment that can play an important part of a savings portfolio. Investors should however be cognisant of the risks:

All that said we still think a major bank failure in New Zealand is very unlikely. Post the Global Financial Crisis (GFC) banks are better capitalised and hold improved liquidity.

Moreover, irrespective of OBR, and illustrated by recent bank resolutions in Europe, political pressure would likely force government to protect smaller retail investors. Nevertheless, in the post GFC world, with OBR available, larger depositors are less likely to be protected.

Next Brian Gaynor: Next move Labour in the super game