A look at the strong growth in the video gaming industry 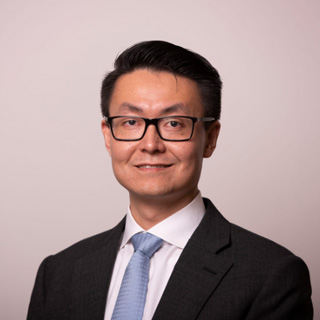 Daniel is a Senior Analyst based in our Sydney office, focusing on global equities. Prior to joining Milford in November 2021, Daniel spent 5 years as an analyst at Montaka Global Investments, a boutique long/short global equities manager, including 2.5 years in New York covering a range of sectors as a generalist.

Prior to this, Daniel spent 2.5 years as an investment banking analyst at UBS and Goldman Sachs in Sydney, covering the infrastructure and TMT sectors, respectively.

Far from being the stigmatised pastime of one’s childhood, video gaming has gained widespread social acceptance in recent years and is finally receiving the recognition befitting an industry of its stature. It may be surprising to learn that video gaming is the largest segment within the global consumer media & entertainment landscape by a wide margin, with various third-party sources pinning industry revenues at US$180-200 billion and forecast to grow at a mid-to-high single digit rate over the foreseeable future1. The video gaming industry has undoubtedly benefited from pandemic-related tailwinds, but lockdowns have only accelerated a social phenomenon that was already well underway. Gen Alpha, Z and even older generations are increasingly turning to gaming as a form of social connection, driving strong engagement with games – no, digital worlds – such as Roblox, Fortnite, Minecraft and Apex Legends.

Gaming as a means of social connection has also helped drive an evolution of monetisation across the industry. As players spend increasingly more time interacting with digital worlds, their willingness and propensity to spend has also increased. Much as the software industry shifted from selling licences to selling subscriptions (SaaS), the gaming industry transitioned from one-off full game sales to ongoing monetisation through smaller in-game transactions. While not contractual per se, in-game transactions (aka “live service”) have greatly increased the mix of “recurring” revenues for video game publishers and enhanced the perception of their defensiveness, as we are witnessing in the current volatile market environment.

In addition to the increased defensiveness of live service revenues, video gaming as an activity has historically proven resilient during recessionary environments as entertainment is a fundamental human need, and gaming is an interactive, highly-engaging and low cost-per-hour form of entertainment. And unlike other defensive businesses/industries that are inherently cyclical, video gaming benefits from long-term structural tailwinds.

Within the universe of listed video game publishers, we believe US company Electronic Arts (EA) has the most attractive mix of IP, live service revenue and valuation support. The company boasts 12 franchises with owned or licenced IP that generated over US$100 million net bookings each during the last fiscal year. Live services comprising 71% of net bookings is also the highest across the big 4 listed Western publishers.

EA’s core sports franchises FIFA and Madden NFL are effectively monopolies within the global football and American football genres. The recent split between EA and FIFA is unlikely to affect EA’s football game (to be renamed EA SPORTS FC) as it is the other 300+ licences that EA holds with over 30 global leagues and federations, 700+ teams and over 19,000 athletes that underpins its dominance of the genre.

Additionally, Apex Legends is emerging as another tentpole franchise, having generated around US$1 billion net bookings in the last fiscal year and 40% yoy growth, with a new mobile version that just launched in May. This will help diversify EA’s revenue mix further away from sports and gives the company a top contender in the mobile, free-to-play and Battle Royale categories.
Finally, the recent consolidation within the video gaming space – Microsoft has a pending US$69 billion offer for Activision Blizzard, Sony acquired Bungie, and Take-Two merged with Zynga – plus rumours that management have been shopping the company around to potential acquirers we think helps establish a floor under the share price.

Previous Is the storm beginning to part for conservative investors?

Next Investing through the decades