Keeping an eye on Asian politics 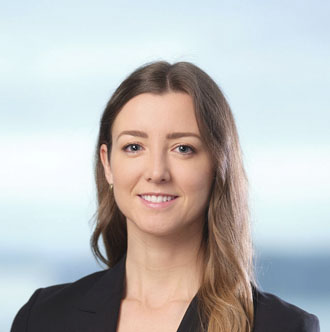 Investors are keenly watching for any political changes or policies that may affect markets as well as specific industries or companies. Whilst domestically, the focus has been firmly on New Zealand politics over the last few months, the Milford investment team have also been following political events in the wider Asia Pacific region.

Having recently returned from a research trip to Hong Kong and Tokyo, and with the recent week-long Congress of the Communist Party of China and Japan’s snap election, I thought it timely to share some thoughts on the two countries. Despite being at opposite ends of the economic growth spectrum, both China and Japan have their sights set firmly on growth, albeit implementing pro-growth policy in slightly different ways.

China: On the ground signs are comforting

On October 18, President Xi Jinping kicked off a five-yearly, week-long Communist Party Congress in China with a whopping three-and-a-half-hour speech, detailing the successes he has achieved in his first five-year term, as well as laying out goals for the future. On the last day of the Congress, the Party voted unanimously to enshrine “Xi Jinping Thought on Socialism with Chinese Characteristics for a New Era” into the party’s constitution – elevating Xi into a league containing just two other leaders, Mao and Deng, whose names have also been written into China’s constitution. In addition, the new leadership lineup contains no obvious successor to Xi when he completes his second term in 2022, suggesting he may hold on to this consolidated power for longer than the typical two terms.

One key focus for Xi is to improve China’s economic footing through encouraging innovation and increasing consumer spending – between 2014 and 2024, China’s annual research and development spend is expected to double from US$300bn to US$600bn while the United States’ is expected to remain flat at US$500bn[1] (for comparison, New Zealand spent US$1.85bn in 2014[2]). Already we can see the rise of Chinese technology companies, with Alibaba and Tencent now the 7th and 8th largest companies in the world by market cap. Image from China Channel: A Chinese beggar pictured with a QR code, similar to a barcode, which allows for mobile payments [5].

The use of mobile payments has allowed the ‘shared economy’ concept to take off in a much faster, more extreme way than in the Western world. Take the ‘shared economy’ concept where you can pay for an hour of usage of a bicycle, for example, and then drop it off at another location. China has taken this to the next level, with not only shared bicycles but shared umbrellas, folding stools, napping pods and even basketballs.

All in all, on-the-ground signs in China are comforting with regard to the rebalancing from industrial fueled growth to consumption fueled growth, giving China the chance to be able to continue to grow in a more stable, sustainable way.

On September 25, Prime Minister Shinzo Abe called a snap election to take place the following month on October 22, more than a year sooner than planned. It is thought Abe likely took advantage of the recent surge in his approval ratings following his handling of North Korean tensions, to validate his political standing. The result was a landslide win against the populist Party of Hope, giving Abe a mandate to continue with Abenomics, his chosen method of stimulating growth in Japan.

Abenomics is made up of three ‘arrows’;

There are varying views as to how successful Abenomics has been or will continue to be, but what is clear is that Japanese demographics remain a key barrier to growth.

Throughout my week in Japan, I couldn’t help but notice various forms of automation, from customer service robots in retail stores to vending machines in restaurants, all of which can help combat the lack of labour from an ageing population by increasing productivity. Automation has now actually evolved to assist or replace white collar jobs, for example, robots can now detect skin cancer as well as a professional doctor and can accomplish in seconds what would take lawyers 360,000 hours of work to do. Overall, the Japanese economy has made positive steps forward, with unemployment at 2.8% – the lowest since 1994 – and some of the strongest corporate earnings globally. With Abe now in power for another term, the Japanese economy should continue to make progress, particularly when combined with automation and productivity improvements.

President Trump touts his effect on the US market, which has rallied 23% since he was elected in November last year. The Chinese market has rallied 118% since Xi became President in March 2013 and the Japanese market has rallied 147% since Abe became Prime Minister in December 2012. Although there is a link between politics and markets, particularly in the short term as expectations are priced in, it is difficult to quantify the longer-term impact given the numerous other factors that come into play. What we can say is that political change creates opportunities at the company specific level which we, as active managers, can take advantage of.

Previous Brian Gaynor: Next move Labour in the super game

Next Brian Gaynor: How to fix Fletcher Building