This is India’s time 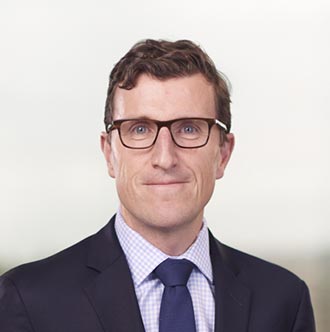 In my almost 20 years investing in the Indian share markets, I’ve never been more excited than now. India has always offered a lot of promise but has under delivered due to inadequate reforms, bureaucracy and the lack of an inspirational leader.

We see India as a late bloomer relative to big brother China, with the election of the visionary reformist Prime Minister Modi (“PM Modi”) being the key to unlock India’s potential. Despite being in power for only a short period of time, PM Modi has made some dramatic changes. PM Modi’s election promises were very ambitious, with the end goal of pushing through economic reforms to promote long term growth.

Let’s take a closer look at some of PM Modi’s key achievements so far.

A challenge historically for Indian governments has been identifying the beneficiaries of any welfare payments. There were a lot of leakages due to corruption such as using fake ID’s, with middle men taking a slice, causing beneficiaries not to receive their payments. To address this, India launched a massive project (named Aadhaar) to effectively finger print and iris scan over 1.1 billion people(1). While the Aadhaar programme was launched under the previous government, it’s PM Modi that’s ensuring the practical application of this programme. Having now completed the task, India has effectively leapfrogged every country in the world in terms of digital identification.

Why is this important? In Emerging Markets one of the biggest hurdles in kick starting consumption is the lack of a social security system. There’s very little government support, hence workers are inclined to save instead of spend. However, through the Aadhaar identification system, India has effectively created a social security system overnight. The Aadhaar scheme has allowed cardholders to open bank accounts and mobile phone accounts in a matter of minutes. Mobile phone penetration in India has grown from 40% in 2009 to 87% at the end of 2016 with the Aadhaar scheme the main contributor. The Indian Government can now pay benefits directly into beneficiaries’ bank accounts, meaning no leakages. 95% of welfare payments are now made electronically (2). A stroke of genius by the Indian Government and likely to boost consumer spending for decades to come.

In one of PM Modi’s boldest steps yet, in November 2016 without warning, he effectively cancelled the two highest denominated bank notes, the 500 (NZ$ 11) & 1000 (NZD$22) rupee notes. It was reported, this move withdrew 86% of the bank notes in circulation and caused India’s largely cash economy to grind to a stop (see chart below).

Cash is king in India

Why the move? PM Modi’s motivation was to reduce corruption and black-market activities that are untaxed, eliminate counterfeit notes, move India into the digital age and most importantly increase the tax base. Can you believe that only 3%(2) of Indian citizens pay Income Tax? As a result of the Aadhaar and demonitisation policies, nearly 300 million (2) new bank accounts have been opened since PM Modi was elected in 2014. Many Indians now have access to financial services for the first time (financial inclusion). India has effectively jumped generations, and Indians can now conduct banking functions from their mobile phones, similar to what we can do in New Zealand. Already, we are starting to see an explosion in mobile banking.  This is similar to the trend we saw in the first country globally to adopt mobile banking; which was would you believe Kenya!

Over the years I have met many international companies that operate in India and one of the biggest headaches for any company is dealing with their complicated tax system. Tax reform in India has been talked about for years but like many things was put in the “too hard” basket. After 11 years in the making, India recently implemented a nationwide GST tax aiming to simplify the tax system. This reform will end inter-state barriers to trade, make it easier to conduct business, broaden out India’s tax base and move India’s tax system in line with Western countries. This is quite an achievement.

Another area of focus for Modi’s government is addressing the housing shortage and basic infrastructure needs of the population. Asian broker CLSA estimate there are 280 million households in India but only 200 million houses. To bridge that gap, PM Modi is aiming to build a quite staggering 50 million affordable homes by 2022. It certainly puts into perspective what our NZ Government is trying to achieve.

We believe that PM Modi’s policies are establishing the building blocks for more sustainable growth in India. These policies will lead to rising incomes and when combined with India’s favourable demographics (almost half population under age 29) will support the rise of the middle class in India.

As Modi’s policies lead to faster economic growth, we expect urbanisation to accelerate. People will shift from rural areas to cities, seeking higher paid jobs and a better quality of life. Urbanisation has a been a big driver of China’s phenomenal economic growth in the last 20 years and India will be no different. To highlight that point, in the early 1990s, China and India’s GDP per capita were very similar but due to reform and urbanization, China’s GDP per capita is now almost 5 times larger than India’s. According to the United Nations (see chart below) India is only 33% urbanised versus almost 55% in China and 86% in New Zealand. It’s clear from the chart below, as a country becomes more urbanised GDP per capita tends to grow as well.

Urban population versus GDP per capita (US$ PPP 2017) As investors, we look for a long runway for growth and look at the catch-up potential the Indian economy has relative to the US. In the table below you can see GDP per capital for several countries, with India at US$1,600 versus US$54,000 per capital in the US. Can you believe India’s GDP per capital is equivalent to the US in the year 1720?

The key takeaway is we have decades of strong growth ahead in India. The transformation that’s happening in India under PM Modi’s leadership is a once in a generation event. Milford holds a number of companies that should benefit from this structural change. We believe that India is one of the most exciting growth stories globally and while there will be bumps along the road, India is likely to be one of the fastest growing economies for many years to come. In my blog from April 2016 I set out the case for India as the next global growth engine. Given PM Modi’s progress since then, I am more convinced than ever this will be the case.

Next Philanthropy – the benefits flow both ways